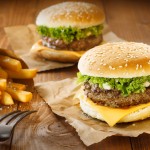 How often do you head out for fast food? Do you grab some during lunch, or do you have it for dinner on those nights that you just can’t bear cooking? Everyone knows the big fast food places, such as McDonald’s, and most of us have a love hate relationship with them. Let’s look at some of the most famous and weird lawsuits that have involved fast food places. Some of these you will know, and some might surprise you.

Not Really Vegetarian at All

For many years, McDonald’s claimed that their French fries and their hash-browns were vegetarian. After all, they are just potatoes. However, you need to fry them, and instead of using vegetable oil as they claimed, they were actually using beef flavoring. They were doing this throughout the 90s, and in 2002, they finally issued an apology and paid $10 million to vegetarian groups and religious groups to settle their lawsuit.

Do You Want a Side of Glass With That?

In 2005, a police officer in New York City named John Florio ordered a Big Mac from McDonald’s. When he bit into it, he had glass in it. He broke his tooth and cut his mouth and throat. They later found that it was an 18-year-old named Albert Garcia. He was caught spitting into another officer’s food, and was arrested. When they discovered that he was also the one who put the glass in Florio’s food, Florio sued. Garcia was charged with felony assault on a police officer.

McDonald’s served up even more glass to police officers. Officer Vjollca Lecaj sued McDonald’s for $50,000 after biting into her Spice McChicken sandwich that contained a shard of glass. In this case, they believe it came from a coffee pot that overheated and exploded in the restaurant.

Coli in the Box

Jack in the Box, which is doing well today, went through a nightmare in the early 90s when they were responsible for an e. coli outbreak that caused 600 people to become ill and four children to die. Beef patties they were serving had fecal matter on them, which caused the outbreak. They were subject to hundreds of lawsuits and terrible public perception.

David Scheiding ordered an Arby’s chicken sandwich in 2005, and while he was eating, he found a piece of flesh. When the health investigators looked into the case, they found that the manager of the restaurant had cut his thumb while shredding lettuce and did not dispose of the lettuce – they used it. He sued for $50,000 after rejecting their initial settlement offer.

Fast food chains and chain restaurants have been in trouble for a wide range of things over the past few decades. Some have gotten in trouble for writing terrible things on customer’s receipts, others have caused food poisoning, and others have served up shards of glass. If there’s one thing that you can take away from this article, it’s that maybe you should spend a bit more time buying food at the grocery store and a bit less time going out to eat. It is usually going to be quite a bit safer.