This Week’s Wacky Wednesday: Customer Has Beef with Dunkin’ Donuts

This Week’s Wacky Wednesday: Customer Has Beef with Dunkin’ Donuts

Customer Has Beef with Dunkin’ Donuts 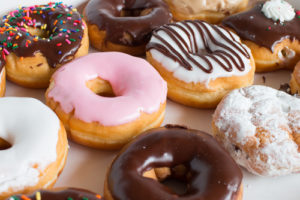 This Weeks Wacky Wednesday Customer Has Beef with Dunkin Donuts

There are many weird lawsuits that revolve around food. Sometimes the lawsuits make sense and sometimes they are pushing the limit of what would be considered legitimate and frivolous. Chufen Chen, a resident of Queens, NY filed a federal lawsuit against Dunkin’ Donuts in 2017 accusing the company of repeatedly using false, deceptive, and misleading advertising and marketing. This particular suit says that the Angus steak and egg breakfast sandwiches contained beef and not steak.

What Qualifies as Steak?

Chen’s complaint said that the company’s claim of Angus steak was not correct since they were using a beef patty. The beef patty, the claim says, is “an inferior product of minced meat that contains fillers and binders”. The complaint also says that the company was selling these sandwiches for between 50 and 60 cents more than the other sandwiches that were available.

When asked about the suit, a Dunkin’ Donuts representative said that the sandwich is made from real Angus beef with marinade and seasonings. Still, Chen’s attorney believes that the company was committing consumer fraud since they are promoting steak, but it’s not steak.

In the lawsuit, three TV ads are mentioned where the actors state that the sandwiches are made from steak. One of the ads that were mentioned in the lawsuit that supposedly shows the sandwich only shows the actor’s hands, the bread, and text, all of which hide the meat, so the audience can’t see that it’s a patty. The suit says that even if the ads on TV did show the meat as a patty rather than a typical steak, the nature of the patty would not be discerned by those who were looking away from the TV or who were listening to the ad on the radio.

Chen sought monetary damage along with a court order that would stop the company from their current marketing practices regarding the sandwich. The class-action lawsuit included several other customers—Michelle Beattie, David A. Bucholtz, Sherry L. Johnson, and Elie Evanson.

The case had some long legs. It was in March 2020 that the U.S. Court of Appeals for the Second Circuit dismissed the class action suit. The Second Circuit backed the case being dismissed on what they said was jurisdictional grounds. The Second Circuit cited the dictionary and said that even though “steak can refer to a slice of meat, it can also be defined as ground beef for cooking or serving in the manner of steak”. This would include Salisbury steak, chopped steak, and hamburger steak, for example. Because Dunkin’ Donuts was using Angus beef as they were advertising, there were no deceptive practices. This meant to the court that the complaints by the plaintiffs were not valid. They said that reasonable consumers that bought one of the sandwiches would not believe that they were buying a traditional steak since it is marketed as being a grab-and-go product.

While some might not agree with the results of the case, it does seem to be on the frivolous side. It doesn’t mean that all such cases are without merit, of course.