This Week’s Wacky Wednesday: The Hawaiian Rolls That Weren’t

This Week’s Wacky Wednesday: The Hawaiian Rolls That Weren’t

The Hawaiian Rolls That Weren’t 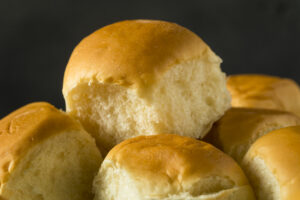 King’s Hawaiian makes some delicious rolls, and most people simply do what’s normal with rolls. They buy them, open them, and enjoy them. End of story. However, others seem to be looking for angles where they can file a lawsuit for one thing or another.

These types of frivolous cases give a bad name to lawsuits in general, which is a shame. Often, there are very concrete and good reasons to file a lawsuit against a company. A lot of times, though, they end up being nothing more than cases like this. Let’s look at what happened.

Fooled By Not Reading the Entire Package

Yonkers, NY resident Robert Galinsky filed a lawsuit against King’s Hawaiian Original Hawaiian Sweet Rolls. While there wasn’t anything wrong with the product and it tasted fine, he noticed that the words Hilo, Hawaii were displayed on the package. He believed that the product must be from Hawaii.

Imagine his surprise when he discovered that on the back of the package in a smaller font, it says that the rolls were made in Torrance, California. Galinsky said that this practice was deceptive. Claiming that it made customers believe that the brand was authentically Hawaiian and that it was somehow better than its competition.

On the King’s Hawaiian website, there is information about the history of the rolls and how the company began. The first bakeshop that made the roll was founded in Hilo, Hawaii in the 1950s. This was called Robert’s Bakery after the founder, Robert B. Taira. The company expanded later and moved to King Street in Honolulu. It was at that point that the name was changed to King Bakery.

By 1977, the company had grown further and needed to expand. It was then that they set up shop in Torrance, California. Now, they changed their name to King’s Hawaiian Bakery. On the packaging, it does say that it was established in Hilo in 1950. However, it doesn’t state that they are still made there, and the information about Torrence is on the package, as well.

Others Join the Lawsuit

This class action lawsuit gained a small amount of traction, and several other people signed including Roxanne Colamarino from NY and Dieisha Hodges from Oakland, CA. The women in the lawsuit also alleged that King’s Hawaiian is promoting its connection to Hawaii through a Macy’s Thanksgiving Day parade float called The Aloha Spirit. They felt that this was further proof that King’s Hawaiian was trying to fool the public. The women were also upset because they believed the rolls were made with certain traditional ingredients including pineapples and honey, even though there is nothing that would indicate this on the packaging, artwork, or website. The only allusion to pineapple, for example, is the fact that it is a Hawaiian fruit, and that the logo looks vaguely like a pineapple.

What Did the Judge Say?

Despite how fervently the plaintiffs may have believed in their case, U.S. District Judge Phyliss Hamilton did not agree. She was not convinced that any reasonable consumer would be fooled into believing the rolls were made in Hawaii given all of the evidence on the packing. It states clearly that they are made in California. She also said that using a geographic reference, including one about a company’s origin, doesn’t mean that they are trying to be deceitful.