This Week’s Wacky Wednesday: The Lawsuit You Might Not Know About Captain Marvel and Shazam

Home/Wacky lawsuits/This Week’s Wacky Wednesday: The Lawsuit You Might Not Know About Captain Marvel and Shazam
Previous Next

This Week’s Wacky Wednesday: The Lawsuit You Might Not Know About Captain Marvel and Shazam 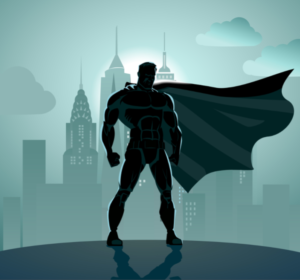 Comic books, as well as TV and films based on comic books, have been popular for a very long time. There are old radio serials about heroes, live-action Batman that predates the ’66 series, and countless other examples of the invasion of superheroes into pop culture. However, over the past decade or so, the infusion of superheroes is at an all-time high. This is due in part to the success of the Marvel Cinematic Universe.

Those who are only on the periphery of this culture might not realize that some of the heroes that they have watched recently on screen, namely Shazam and Captain Marvel, have a strange origin in one of the oldest superhero legal disputes.

A Twisting and Turning Tale of Superheroes

The first real superhero was Superman, who was created in 1938. It was a year later when the first iteration of Captain Marvel was created. However, it was not Carol Danvers that you have seen in the Marvel films. Instead, it was a man who looked, acted and had powers very similar to Superman. One of the only differences was the color of his tights. Because there were these similarities, DC, which was then known as National Comics Publications, sued the publisher of Captain Marvel, Fawcett for copyright infringement. This was not the only time that they had sued over characters that they deemed to be too similar to Superman.

DC was able to settle out of court, and Fawcett agreed to stop publishing comic books in 1953 and to sell the rights of some of their characters. They did decide to hold onto the character of Captain Marvel and their other superheroes. It wasn’t until the 1960s that Captain Marvel returned, albeit in a different iteration.

In 1967, Marvel Comics was created, having formerly been called Atlas. When they found out that Captain Marvel was not in use, they decided to use the name to create their own Captain Marvel. This Captain was very different from the previous iteration. Instead, it was an alien who came to earth originally to conquer it, but then deciding to become a protector of the planet.

Five years later, DC comics decided that they would have a Captain Marvel, as well, and they licensed the character from Fawcett, the company they had originally sued. Of course, at this point, Captain Marvel was trademarked by Marvel Comics. They decided to use the name Shazam, for the title of their Captain Marvel books, as it tied into the word the character has to say in order to transform. So now, even though he is technically the original Captain Marvel, he is referred to as Shazam. The term Captain Marvel has been dropped entirely from DC’s hero.

If all of this seems confusing, it is. However, the good news is that there are two superheroes that have spawned out of a single name, and both of them had successful movies in 2019, which in and of itself is quite interesting. It’s good news for superhero fans who love the films. However, most people will never even know that these two once had the same name or the weird history that eventually led to these movies being made.

Comics Are Filled with Lawsuits

While most would say that comics are full of great artwork and interesting stories, there have been quite a few lawsuits in the comics field over the years. Howard the Duck, Blade, Ghostrider, Superman, and a host of creators have all been involved in various lawsuits over the years. Of course, this is true of just about any field.