This Week’s Wacky Wednesday: Wyoming Man Applies to Store Where He Just Shoplifted

This Week’s Wacky Wednesday: Wyoming Man Applies to Store Where He Just Shoplifted 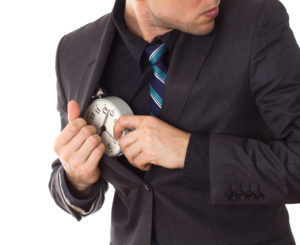 There are criminal masterminds out there. There must be; we just don’t hear about them, right? They can’t all be like star of the story that follows, who is the exact opposite of a mastermind. Let’s get a closer look at what happened with this case, which might just be one of the worst shoplifters in the history of taking things that don’t belong to you. This case, which took place in Gillette, Wyoming, gives Florida a run for its money.

Witness a Genius at Work

A 36-year-old Wyoming man decided to head out to the Sportsman’s Warehouse store. The man was feeling bold, and he decided that he would steal some sunglasses. That wasn’t enough for him, though. he also decided that he should probably pick up some ammo without paying for it. The sunglasses that he took were worth about $90, and the .30-30 caliber bullets that he stole were worth close to $50.

At this point, it seemed to the man that he had gotten away with the crime of the century. He had the goods and no one seemed the wiser. Perhaps as a means of throwing suspicion off himself, he bought some other items from the store. Naturally, he wanted to get some reward points for his purchase, so he used his own rewards card. He did not realize that this would give the police a very easy way to identify him.

He also did not know that the store had a loss prevention system in place. This meant that everything he had done in the store, including removing price tags from items and pocketing them is on video. The police were called after the theft was discovered. You might think that this would be the end of the story, but if you read the title closely, you know there is one more gem to be added to this beautiful crown of stupidity.

The man who had just stolen from the store returned a couple of hours later. He was not back to attempt to steal more items from the store. No, he was coming back so he could get a job application because it seems he wanted to work at the store. Either that, or he thought that by coming back and getting an application it would somehow throw them off further. After all, what thief in their right mind would come back to the scene of the crime so soon after committing the act. Either an idiot or a genius. Though there is no proof, we are willing to bet that it is the former rather than the latter.

What Happened to the Thief?

You might imagine that the police will have arrested the man and hauled him off to jail for his crimes. However, that’s not the case. When it comes to small time theft of goods that are valued under a certain amount, it does not tend to carry a heavy penalty. He was given a ticket and released on the scene. If this is the first time that he committed a crime, it is likely that he will not face much trouble at all for the theft. If he has a pattern of behavior, it could come with a much greater penalty and potentially some jail time.